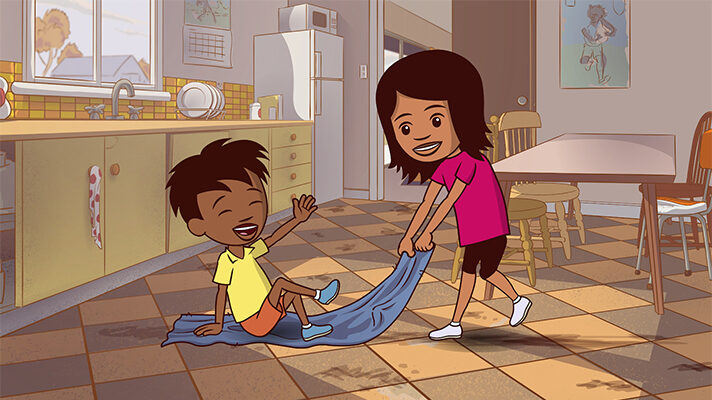 In less than a decade, television has undergone a revolution. The introduction of streaming video services, such as Netflix, Stan and Paramount+, has changed how television is made, distributed, and watched in Australia.

Our recent nationwide study, Parents’ Perspectives on Australian Children’s Television in the Streaming Era, exposes the significant impact streaming services are having on current television habits in Australian households. This study also reveals that parents believe it is crucial their children have access to children’s television that is distinctly Australian.

Notably, in 2020 the federal government removed the commercial television networks’ quotas for a minimum amount of hours of Australian children’s content, which had provided the industry with key protections. These changes came into effect last year.

There are moves underway to address the impacts of streaming services on the Australian television industry, yet the danger is that children’s television is being overlooked amidst these upheavals.

In a recent discussion paper, the Commonwealth Government outlined plans for the introduction of a Streaming Services Reporting and Investment Scheme “to support the provision of Australian content to Australian audiences”. However, as the Australian Children’s Television Foundation (ACTF) noted in their response to the proposed scheme, this discussion paper “ignores the children’s audience”.

The ACTF added, “we have now arrived at a position where concrete obligations to screen locally produced content for children do not exist on any platform, whether free-to-air broadcast, subscription or video-on-demand.”

Our recent study provides a comprehensive look into the television rituals of contemporary Australian families. Two hundred and forty parents from all over Australia responded to our survey and we also interviewed a dozen parents in different parts of the country about what makes “good” children’s television, how families use different media platforms, and the perceived roles and responsibilities of local children’s television.

Our study found that these days, the top 10 most popular ‘channels’ used to access children’s television are almost exclusively streaming services. For example, 77% of Australian households use Netflix and 65% use ABC’s iview.

With so much available content, children choose most of what they watch, especially from age five. Nevertheless, they often do so within the “walled garden” of child-friendly streaming platforms. This research identified that parents seek out platforms that have clear ‘kids’ sections, including ABC Kids, Netflix Kids, and YouTube kids.

Importantly, parents observed that Australian children’s content was hard to locate on SVODs (paid subscription streaming services). This finding is especially pertinent in relation to older children, as children tend to move away from linear television the older they get. For example, 77% of children 12 and over were found to watch Netflix compared to 33% of children 4 and under.

Many parents identified that good Australian children’s television is “relatable” and “authentic” because it includes Australian accents, settings, and stories. A quirky, ‘Aussie’ sense of humour was also noted as being a desirable characteristic in children’s shows, and something that is missing in overseas content.

In the survey responses, parents also emphasised that good Australian children’s television offers child audiences representations of diversity. Nine out of 10 parents deem diverse representation to be a significant element of children’s television. The reason for this is twofold – it is not only important for children to see a wide range of people represented in the television they watch, but all the many different Australian children need to also see themselves represented onscreen.