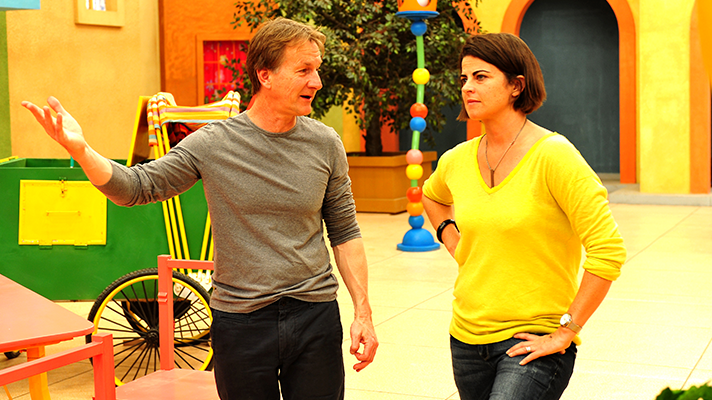 In a Q&A interview with the ACTF, Melinda Wearne, Head of Production at The Content Agency talks about her love of film and television and how it all started with ET!

The Content Agency is the production company behind the pre-school live-action series Hoopla Doopla! – an exciting co-production between the ABC and CCTV in China, and distributed internationally by ACTF. 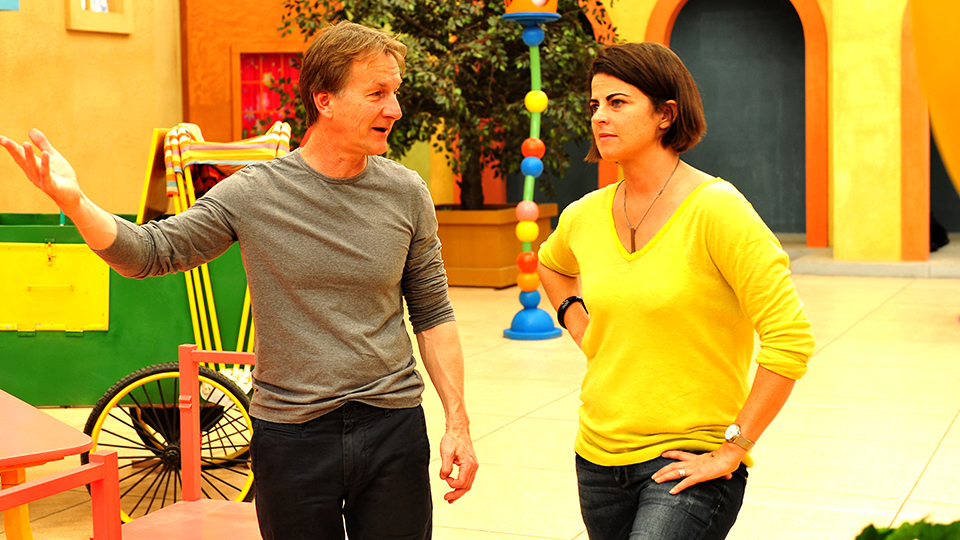 In the town of Hoopla live six extraordinary characters each with their own amazing physical skill: Mimi runs the café and looks after everyone in town while juggling muffins and milkshakes; Ziggy, the shop keeper, does magic tricks which go in surprising directions; Zap, the town messenger, delivers packages in the most acrobatic manner possible; Bop, Mr Fix-It is able to lift almost anything; flexible Squidgie looks after the town garden and can often be found inside a pot-plant; finally Jango, the street sweeper, is always playing tricks and causing mischief. 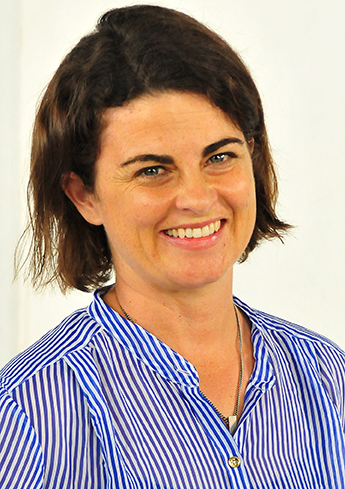 Q: How did you get involved in the industry?

A: It’s all ET’s fault! Growing up watching Spielberg films I decided early on that working in film and television sounded particularly fun. After watching ET I can’t ever remember wanting to do anything else. Getting into the industry however requires several people along the way to open a door a little to let you in. The ACTF’s Head of Development and Production, Bernadette O’Mahony has been one of those people for me.

A: Watching my tiny son leap off the sofa and seeing the pure joy and humour that came with being physical at that age. I wanted to capture the essence of that physical humour and place it in a storytelling context. The world and the story changed and evolved throughout the development of Hoopla Doopla!, but at heart the characters and their love of physicality always remained constant.

Q: What challenges did you face in the production of Hoopla Doopla!?

A: Hoopla Doopla! was a co production with CCTV in China, all the pre and post was at home in Sydney, but the filming took place in China. The Australian cast, director and I spent six months basically living on set in a Chinese town two hours outside of Beijing.  Although I spent several months attempting to learn Mandarin before arriving, I rapidly realised I couldn’t speak a word once I was there. Our translator was being stretched in every direction, so a lot of my time was spent trying to work my way through the cultural differences to get things done without understanding the language. Chinese culture and Australian culture are extremely different, but also unexpectedly similar, it was a journey to find the moments where we intersect and laugh at the same things.  It was a wild ride, but also an incredible one and a bonding experience. I consider myself very lucky to have experienced it. By the end of six months Zap was fluent in mandarin and I still couldn’t speak a word!

Q: What was the most fun or surprising thing that happened when Hoopla Doopla! was in production?

A: The Australian Ambassador to China visited the set towards the end of production and she was delightfully lovely. The whole crew put on a beautiful ceremonial day. Our team had been working solidly for several months and must have looked a little exhausted, as at the end of her visit, she took me aside and suggested I bring the Australians into the embassy for a bit of R&R. A week later we wrapped an hour early and headed into Beijing for a night off. The Embassy opened its doors and the Ambassador offered an unlimited bar on her personal account. Mark the director, and the three Aussie cast danced into the early hours whilst the Ambassador talked me through the nuances of living and working in China, she then diplomatically put us into a taxi back to set before the sun came up. We were all incredibly grateful for her warmth and hospitality. The only downside was somersaulting the next day seemed a little more difficult than usual for Mimi, Zap and Jango.

Q: What new projects are you working on?

A: I recently had an opportunity to work on a prime time drama to learn from a wiser and more experienced producer. He is another one of those generous people who was prepared to open the door a little and that was another wild ride that I was grateful to be a part of.  That has recently wrapped and I’ve jumped at the chance to return to kids television to work on an exciting animation series created by an LA-based Australian for Netflix.

In the in-between moments I’m developing a live-action teen drama that I hope to be another amazing co-production adventure.