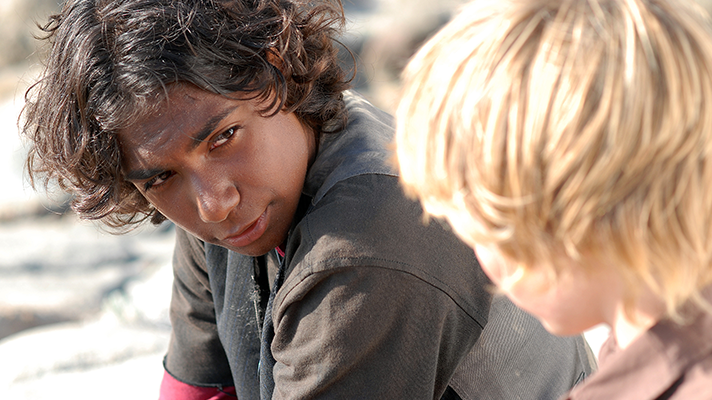 How do we Protect Aussie Kids’ TV? Let’s Start with ‘the Q Word’

For the room full of passionate producers at SPA Screen Forever this year, the fight to save children’s television is not over.

The Australian and Children’s Screen Content Review has been conducted. The submissions are in. The commercial broadcasters have made it clear that they would like to be released of their obligations to local children’s content. The entire film and television industry is waiting for the results of the government’s review, questioning what lies in store for our future. Will local content quotas be maintained or will our airwaves become inundated with overseas imports? Will quotas be enforced on international SVOD’s like Netflix? Will funding for federal and state screen agencies be increased, or will they face more cuts? We’re an industry full of questions, and Screen Forever’s “Keeping Kids in the Picture” panel sought to answer just one; how do we protect Aussie kids TV?

Given the political overtones of 2017 in local children’s television, it’s only fitting that this panel took form as a democratic, collaborative discussion between its panel of speakers and its audience of engaged producers. The aim was to arm producers with three strategies to protect the future of the sector.

The number one concern from the room was the Q word… Quotas. Everyone agreed that quotas that currently protect children’s content must be maintained in some way, if not strengthened as a result of the review. But what can we do to make this happen?

International guest Lucy Goodman was able to shed some light on similar struggles the UK children’s television sector have faced in recent years. In 2010, animated children’s television was under threat. Broadcasters were spending less on commissions and TV series could not access the Film Tax Credit, a cash rebate scheme that was supporting animated feature films. With budgets getting crunched and productions continuously heading offshore, producers came together and formed Animation UK, who assembled a case and lobbied government to great success. In 2012 the Film Tax Credit was extended to include animated TV series. In this announcement Chancellor George Osborne was proud to proclaim ‘We want to keep Wallace and Gromit exactly where they are.’ Just a couple of years later, live action children’s producers lobbied government again, to have the same tax break afforded to them and again they were successful. So how did they do it?

Lucy said it was critical that these campaigns proved that extending the tax credit made economic sense. Children’s broadcasters were making less local content because their finance models were not working; the answer to this was the tax break. Whilst arguments about the merit and cultural value of local children’s content were important in their case, Lucy saw that wildly and passionately arguing only on these grounds runs the risk of “sounding a bit demented.” The onus is on producers to make a strong business case and have strategies to achieve their goals. It’s also helpful to have someone in your corner within government to champion your cause; there needs to be someone on the ground who can put the issue to the floor again and again. It should be no surprise to a room full of television producers that sometimes who you know is as important as what you know.

Independent Producer Cate McQuillen was quick to make the point that this is a federal issue and we can all forge relationships with our federal MP’s. “Explain your business. Get them excited. Odds are they’ll be happy to hear from someone who isn’t angry about a pot hole.” Cate’s MP, Kevin Hogan, has visited the set of her children’s series Dirt Girl, to meet cast and crew. More than taking in an exciting two course on set lunch, this was a chance for Hogan to see Australians at work, earning the wage that pays their mortgage, and feeds their families, while creating something valuable for Australian children in the process. Politicians want to be re-elected. They need issues to win voters. It is up to us to make television an issue that our representatives understand and care about.

The Senate Standing Committee on Environment and Communications is currently conducting its own inquiry into the Economic and Cultural Value of Australian Content on Broadcast, Radio and Streaming Services. They will be accepting submissions until 31 January 2018.

The Senate Inquiry is the third to focus on the Australian screen industry this year, proving that we’re on the radar in Canberra. Jenny Buckland pointed out that our government includes a younger generation of members who grew up with quality Australian children’s television. They remember “Ship To Shore”, “Lift Off” and “Round The Twist. There’s a rich history there, making it easy to engage with them. MP’s are concerned by the current wave of “kids programming designed only to sell toys” and can see the value of quality local content. But it’s also important to realise the technology age we are in. Audiences are moving to different platforms. If the only message is that we must maintain the quotas in exactly their current form then we appear to be out of touch with the way audiences are watching. As Jenny said, we are storytellers who are committed going where the audience is. It must be clear that we’re not trying to save an aging medium in linear television. It’s about ensuring that future generations of Australian children have access to Australian stories that reflect their lives. Who can argue with that? 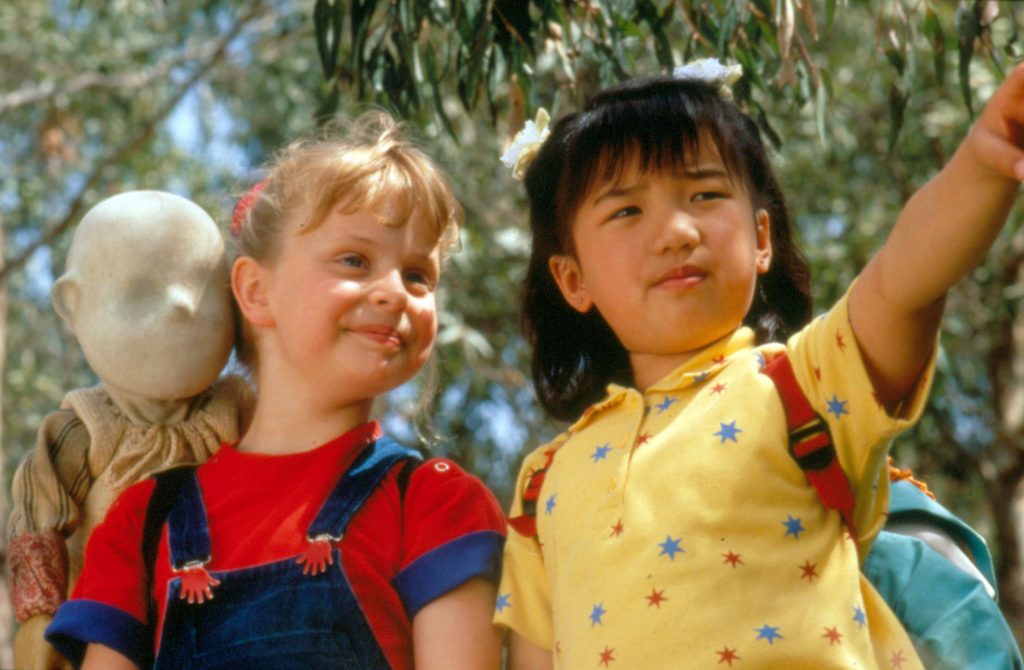 There’s a long list of challenges for the children’s sector to overcome, regardless of the results of the government reviews. Commercial broadcasters have long argued that children’s television is a loss leader, and yes it would be lovely if the children’s quotas are maintained and continuously strengthened for all of time. Regardless, the onus is on us as creators to work with broadcasters and get people excited about children’s content. Present a business case, prove that quality children’s is invaluable in building brand loyalty, that family programming draws huge audiences because Australians love watching telly together and the stories we love most are the ones that speak to us. Thousands of families flocked to cinemas for “Paper Planes” and “Oddball.” Both of these films were targeted at children and their parents, both were quality Australian stories and they both made upwards of $7.5 million at the box office. There’s no reason we can’t reach that audience at home, comfortable on their couch, watching prime time television. 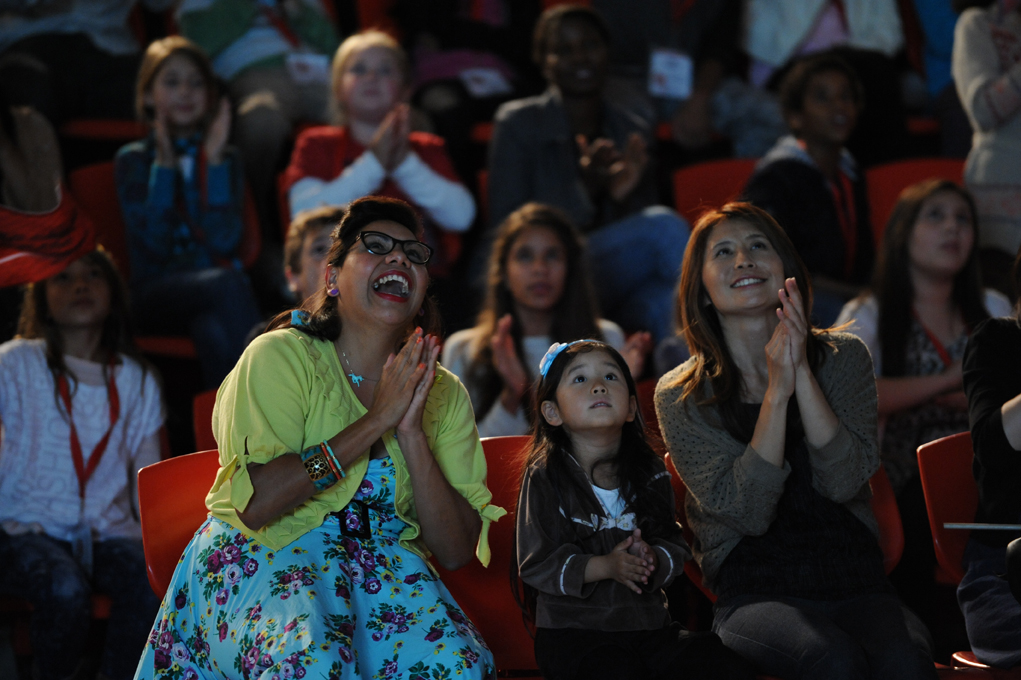 The audience’s reaction at a cinema screening of Paper Planes

By the time Screen Forever’s “Keeping Kids in the Picture” session came to its end, we were seeing more of the same picture; one where hope is as important as hard work. As Cate McQuillen put it “As producers we are not just creators, we’re a business” – it’s important that we stay informed of what’s going on and to be involved. Lucy Goodman reminded us not to lose sight of how important it is to make quality content while looking at the broader industry issues. For Jenni Tosi, the key to campaigning successfully is to be strategic, set both long and short term goals with an achievable plan of attack, but also to “stay inspired and alive” and as Michael said “Enjoy each other’s company.” Don’t forget, we’re doing this for the kids. 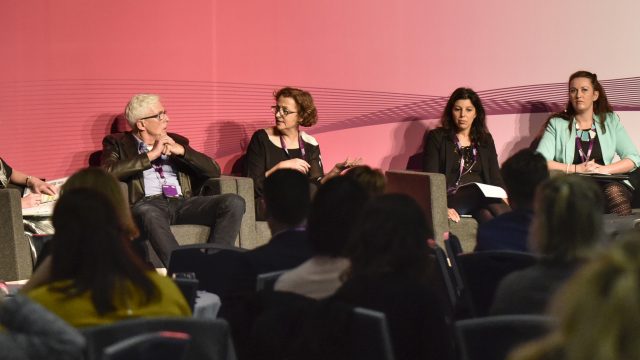 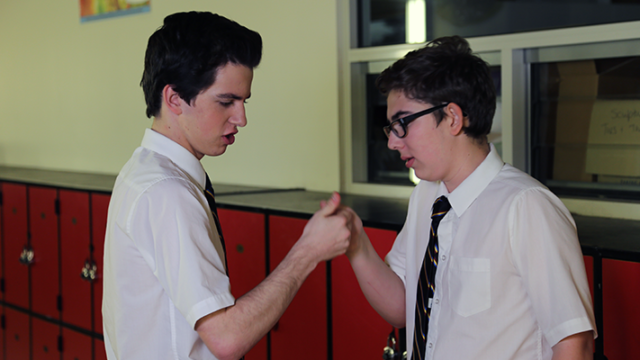