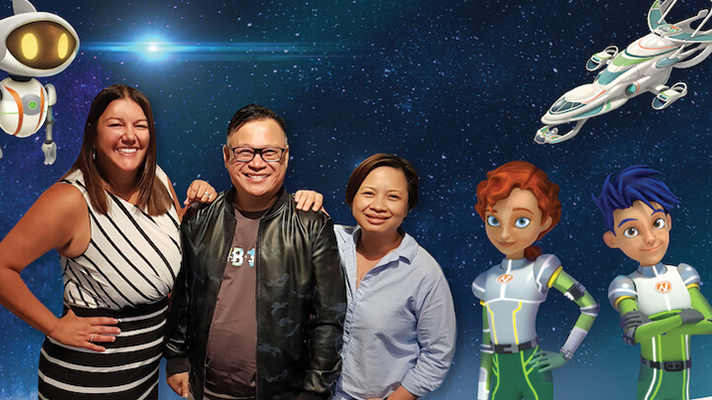 SLR Productions has announced the cast for its futuristic series, Space Nova. But what does it take to get to this point? Come behind the scenes to find out about the extraordinary three-year journey to develop and finance a children’s series.

Thanks for joining us, Suzanne. SLR is well known for series based on book adaptations, but Space Nova is an original idea. How did the concept for Space Nova come about?

Space Nova was created in-house by SLR’s executive team, Jo Boag (Creative Director), Melanie Alexander (Head of Development), and I. Super RTL had asked me when I was at MIPCOM in 2016 to create a new show that was like The Skinner Boys (a 52 x 24-minute series we produced with Super RTL and Nine). The directive was to bring them a show that again featured a family of adventurers for the same target audience of six to nine-year olds.

As the new Australian space agency was current news, I thought space would be a great topic.

So, Jo, Mel and I set about creating an Australian space show with an Aussie astronaut family. From there, we pitched the initial concept and then Super RTL and the ACTF came on board for development. I then pitched the show to the ABC who also came on board for development shortly after. The show really resonated with everyone because it could be created with main Australian characters and appeal to international audiences.

What are you hoping Australian children will particularly love about this series?

There are some great themes and topics in Space Nova that I can see Australian audiences loving. Women in science, Australians in space and Indigenous astronomy (our main Indigenous character, Janali, is an astronomer). We have an entire Australian space unit living on an International Space Station called Luna Port, with the Australian team looking after the EMU telescope. There is a strong sense of Australian characters, particularly through the main family – the Novas, and their spaceships: the Eureka, the Cicada and the Sugar Glider.

There are low-level alien findings and a cool serial arc that I can’t give away, but let’s just say some high-level aliens will be revealed. We visit exciting planets and find out about amazing space phenomena and science. Exploring the ideas of ‘what if…?’ is at the core of our stories. There is thrilling action and great comedic moments. Overall, our Aussie intrepid family will discover some pretty amazing stuff. We are also set in the future, in 2162. So we have made every effort to bring in as much future technology we can think about.

We also have Karlie Alinta Noon as our space and Indigenous consultant. Karlie is one of Australia’s leading astronomers and astrophysicists, she works with the Research School of Astronomy and Astrophysics at the Australian National University and the CSIRO Astronomy and Space Science unit.

Australian content is about audiences hearing and seeing their own culture reflected back to them. It is important, and of course relevant, for Australian audiences to have their own content available. A show like Space Nova is aspirational and very current. Who knows, it might inspire a future Australian astronaut or scientist to travel beyond the stars.

SLR’s content has now sold in more than 165 countries. How do you expect Space Nova will fare with international audiences?

I keep my fingers and toes crossed that it will. Space Nova is a show that will hopefully inspire all audiences, because space is fascinating and we all want to know if aliens exist, right?

You have multiple pre-sales and distribution partners on this series (congratulations!). How hard is it to finance a kids’ series these days?

Space Nova is partnering with Super RTL, one of Germany’s leading children’s broadcasters, along with Australia’s best — the ABC and Nine. Internationally, the distrubution is represented by ZDF Enterprises and locally in Australia and New Zealand by the ACTF. We are also partnering with one of the world’s highly reputable CGI companies in Malaysia, Giggle Garage. Screen Australia and Create NSW are also principal investors. SLR has invested into this series as well.

Financing a show of this magnitude is not easy and you have to drive it and work with everyone’s needs and timing. But once you get it over the line, there is sense of satisfaction — finally you have a green light. This show has been in the making since October 2016, and while that might not seem too long ago, the financing side did take some dedication.

One of the terrific parts to working with such amazing partners is that we have an entire team of people all supporting us from the networks, from the distributors to (of course!) our own creative team.

Financing takes time, and you need everyone on board to really make it happen.

Are all those partners very actively involved in development? It must be quite a feat to juggle all that feedback?!

Yes, every single partner is involved in the show editorially. We developed the series with the ACTF, Super RTL and the ABC. We had some initial brainstorms for the show in 2017 with some fabulous writers attending the brainstorming sessions. We engaged Thomas Duncan-Watt to write the first script in 2017. Thomas is now the head writer of the series. Pablo de la Torre is the series director and is the vision driver for the overall look of the show. We have an awesome creative and editorial team.

The ACTF provided script development funding to SLR Productions for this project (and has done for a few other SLR productions over the years). How does that support help the project and/or your business?

Without the development support from the ACTF, we just couldn’t have achieved the early development we needed to really prove the concept to everyone.

The development funding is a great help because with it, we developed two 24-minute scripts, designed two main characters and some locations, and made a short pilot. This was the proof of concept that enabled the show to be greenlit.

Where do you see Australian kids’ TV in the future?

Australian kids’ TV will always be needed and will always have a place for its audience. There are always new and exciting stories to be told, and fantastic people and companies coming up with shows. We have some of the world’s best shows, crews, producers and creatives. It’s an exciting time now and in the future to be making content.

For this project, you’re working with Malaysia’s Giggle Garage Animations. Can you explain your process for working collaboratively on Space Nova?

Giggle Garage are the animation partner for Space Nova. The pipeline between SLR and Giggle is purpose fit to make sure we meet the specific CGI needs of the show, so regular contact and collaboration is a must.

The team in Sydney handles all the pre-production: from scripts, designs, storyboarding and animatics to voice recording, while Giggle deals with all the production matters, such as: CGI modelling, layouts, animation and final comp. Then, it’s back to SLR for post-production with sound design, music, and a final mix — then we’re ready to deliver to broadcasters! SLR employs about 65 people in Sydney for Space Nova.

So that’s three years to get to this point! When will we get to see the show on TV?

We don’t have a fixed air date yet but it will be on the networks in the near future. 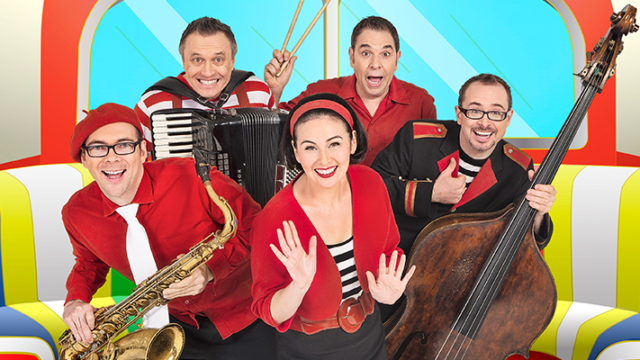 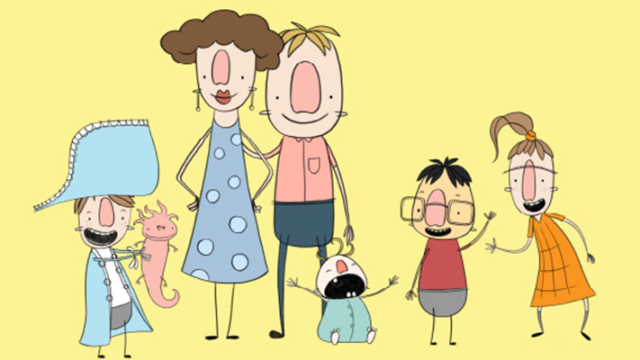