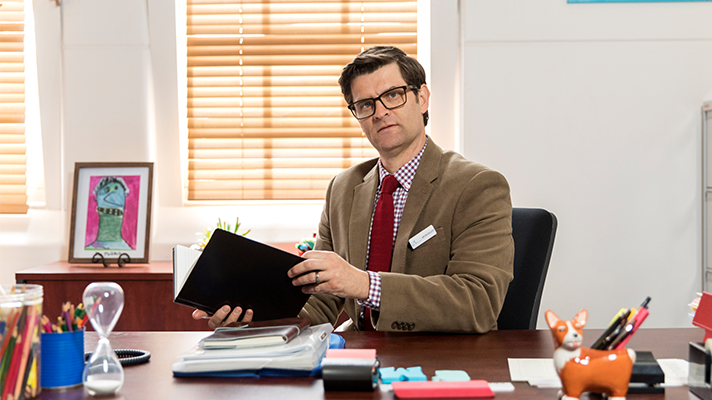 The ACTF sponsored the Children’s of the Future session at the Screen Producers Australia Screen Forever conference in Melbourne last week.

“Initially, I talked to the session producers about having one of the commercial broadcasters represented on the panel, rather than me”, says Jenny Buckland.  “Children’s television is at an important cross road and we were keen to explore the views and predictions of those who are responsible for broadcasting and industry funding at the very top of the chain.  We didn’t want to start a war or anything, we just wanted to ask “what is happening to the audience and what might work for them in the future?”

In the absence of any representation from the commercial sector, the panel conversation was nevertheless wide ranging, covering what Jenny described as “a perfect storm of issues”.

Everyone agreed that a rich legacy of children’s drama has been built over many years as a result of the Children’s Drama quota, requiring each of the commercial broadcasters to screen minimum levels of children’s drama.  But those quotas are now looking vulnerable, with commercial broadcasters often paying licence fees for content which are less than they paid 25 years ago, and children’s content therefore being dependent on foreign investment, which makes  many programs that qualify as children’s drama less distinctively Australian than most adult drama.  At the same time, the viewing habits of children are changing, with children watching much less free-to-air television than they used to.

Two themes therefore emerged – how should children’s television be financed and supported in future; and how do we keep up with the audience as they continue to watch content on devices other than television?

Michelle Guthrie pointed out that “the core thing is that audience behaviour is fundamentally changing” and said that this means that the way the ABC delivers content has to be fundamentally different.  In particular, she said that the audience is no longer tied to appointment viewing and is increasingly going online.  The ABC is responding with the iView app, its ABC For Kids and ABCME apps and websites which, Michelle said, were “going crazy”.

Graeme Mason argued that there should be possibilities for the commercial broadcasters to build their children’s brands, too.  He pointed out that children’s programming offered commercial broadcasters an opportunity to connect with their future audiences.  Whilst they can’t monetise their children’s content to the same extent that they can for adult shows, the major commercial reason that they should do it (other than meeting their quota requirements) would be to cement those viewers and their families to the network.  Good quality children’s television creates loyalty to Australian content at a young age and it’s that loyalty that brings audiences to prime time dramas and feature films, ultimately sustaining the entire industry. That’s where you can see value for them and “It’s up to everyone in the room to work to assist them to do that.  There are some very dedicated people working at the commercial networks who are fighting along with us in this space.  It’s up to us to help them stay in this space.”

Jenny agreed and suggested that there may be all sorts of ways that the Children’s Television Standards could be modified, given that they include requirements around general “C” programming (260 hours a year, where only half of that has to be Australian) “which have been conceived based on old fashioned notions of a half hour per day”.  She said that the loss of the C drama quota could be catastrophic for the industry, and the most important thing was coming up with what would replace it and finding ways to incentivise the commercial broadcasters and other commercial operators to invest in quality Australian content on their children’s destinations.  (The Nine Network has announced that it will extend its children’s service with the launch of GoKids, although apart from a new series of Hi-5, it is not intending to commission more local content for that service.)

Jenny noted that audiences for children’s content tended to be much stronger on the ABC, where the more distinctive local content was being commissioned and being heavily promoted and repeated, and where catch up viewing was so well catered for.  “I actually think we are making some of the best children’s television we’ve ever made in Australia.  Shows like Little Lunch, Nowhere Boys and Dance Academy are really connecting with audiences and are perhaps seen more widely than shows did in the past.”

Michelle said that the ABC was open to the idea of stepping in to fill the gap if the commercial network quotas were reduced, but that they would need proper funding for this.  “If there is an alternative funding mechanism we would be delighted to make more kids programming and have more funding for that. But the policies and what works is going to be what works best for audiences, not what works best for the broadcasters.  You can’t look at it and say oh, that’s not working for broadcasters, or that’s not working for producers.  What does the community want? What are they demanding? What is their access to alternatives? And how can you deliver something that is compelling, indispensable, and fabulous?  That’s what it all comes down to, not quotas or particular business models.”

Graeme said that the idea of the ABC taking on the entire responsibility for children’s programs has been countenanced before, and that the commercial broadcasters might be willing to contribute to a fund to enable them to do that.  But he warned that it would mean fewer outlets to approach for ideas, and Jenny pointed out that competition was desirable as a driver of quality.  Jenny also noted that the ABC currently has no quota requirements itself and that any special funding for children’s content needed to be adequately quarantined and protected for the children’s audience.

These are important issues that need to be explored and clearly the challenge for the production industry will be to arrive at a shared view on how it would like to proceed when the Australian Content Standard comes up for review soon.

This challenge was magnified the very next day when Hugh Marks, the CEO of the Nine Network was asked about this issue by journalist Virginia Trioli in another session.  Not only did Hugh make it clear that GoKids would feature predominantly imported programs, but he also noted that “if we didn’t have to spend money on children’s drama then we could be spending that money on adult drama.”

The stakes are obviously very high.