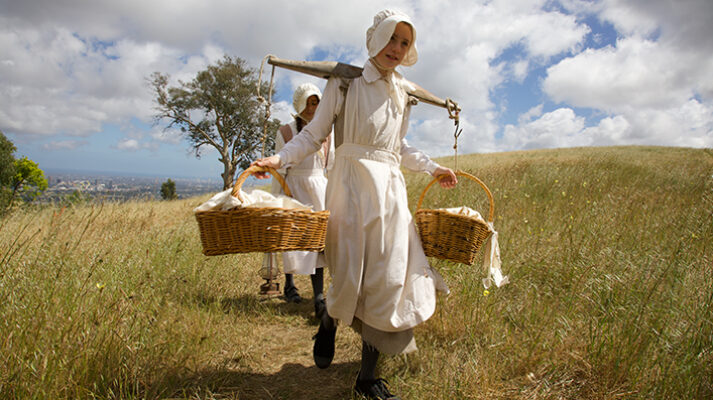 What the Child Audience Can Learn from Our Ancestors

Quality screen content made specifically for and about children can influence our young audience in the most positive ways; it bolsters their sense of personal identity and helps them understand their significance in the world. By focussing on children from our past, living history series Are You Tougher Than Your Ancestors? also develops young people’s knowledge of Australian history, their national identity, and an understanding of their own capabilities.

Drawing on our rich Indigenous and multicultural heritage, Are You Tougher Than Your Ancestors? celebrates the diversity of Australia’s shared history. It explores familiar historic periods and events through a new perspective: the eyes of the children who were there. Each episode reveals the incredible true story of a resilient and courageous child from the past, and challenges modern-day children to emulate their experiences. And through the participant’s firsthand experiences, the child audience learns what their lives would have been like in a different era.

Creator Vanna Morosini, host Ghenoa Gela (‘G’), and cast members Harry and Jeffrin discussed the immersive series in a recent ACTF virtual learning event. Speaking about her aspirations for Ancestors, series creator, writer and producer Vanna Morosini told primary students that she wanted to engage viewers with history and share stories that were not often told:

“It’s important to see history through a number of different perspectives and give kids an idea of how incredible they are, and the things that they can do. In fact, the Leongatha story of ‘Lennie the Legend’ is about Lennie Gwyther riding his pony at 9-years old, on his own, all the way from Leongatha to Sydney and back.

This is an example of the incredible things that kids can do. I think it’s really great for children to be reminded of that, and also connect with our history in a way that’s a lot more personal and relatable: what were kids like me doing 100 years ago or 50 years ago? What games did they play? How did they live? What was school like? These things connect us with history.”

Harry and Jeffrin, cast members in the episode ‘Milk Run!’, confirmed that comparing their daily lives to those of historical children gave them greater insight into the past. Having retraced the steps of 1940s teenage milkman Conway Tighe, Harry said that today’s school-aged children would find Conway’s life ‘tough’.

Jeffrin elaborated, saying, ‘Sometimes when my parents give me chores to do, like doing the dishes, I get a bit annoyed. But a week’s worth of chores is about what Conway did in a day. It was really challenging for me to face that fact almost.’

Like the other nine episodes in Are You Tougher Than Your Ancestors?, ‘Milk Run!’ presents modern children with a series of increasingly difficult chores and challenges to undertake. To achieve these tasks, the young cast must draw on their ingenuity, courage and resilience – their ‘toughness’.

Reflecting on these challenges, series host G said she was struck by the resilience of all young people involved: ‘You could see that they were really keen at the start, and then when the tasks popped up, you could see them struggle to navigate how to achieve the goals that were set before them. What was great about that was that they all found resilience within themselves to push through it.’

Vanna agreed that the difficulty of the tasks enabled child participants to rediscover their own strengths:

Kids are still tough; they still do tough things. But putting them into an environment where they had to engage with what kids did in the past helped [the cast] to realise how resilient and tough they actually are.

I think kids now often don’t get the same opportunities to be resilient or have the same freedom. Even though the tasks were difficult, they had a lot of opportunity to work them out themselves and give it a go, and then found that they could do it.

Though created for a child audience, older viewers will undoubtedly learn more about Australia’s past through the series’ new historical viewpoints. Children’s perspectives (from both the past and present) invite us all to see history with fresh eyes.

When asked what the series taught her about Australia and its people, G explained that she found herself undertaking ‘a parallel journey’ into the country’s origins during production:

‘It was really exciting because what it made me do as a First Nations person was to look at the history before the history,’ she explains. ‘Wilhelmina and the Wylie Baths [in the episode, ‘Olympia’], for example, that actually was a sacred site for Aboriginal people pre-colonisation. This made me even more curious about the rest of the country. There are at least 300 Aboriginal clans in this country alone, and that blows my mind all the time. I get really excited about how many stories of First Nations people are really out there.’

Vanna agreed that there are many more incredible stories to learn from First Nations children across Australia. She explained that showcasing the diversity of our past was one of the ‘central tenets’ of the program:

‘Australia has a really strong multicultural history. Prior to 1901, which was our federation, we had quite rich and diverse communities of people here. It’s not just been since the 1970s that we’ve had a multicultural society in Australia. When you look back into the 19th century, there were so many contributions from people from all around the world, people from all backgrounds. It’s really important to remember that we have a strong multicultural history, and all of it is built on a foundation of First Nations countries.’

By walking in the shoes of their remarkable ancestors, the young people in the series – and alongside them, the child audience – develop their knowledge of Australian history, their national identity, and their own sense of self-efficacy. And by speaking directly to Australian children, this unique exploration of the past will help to shape our shared future. 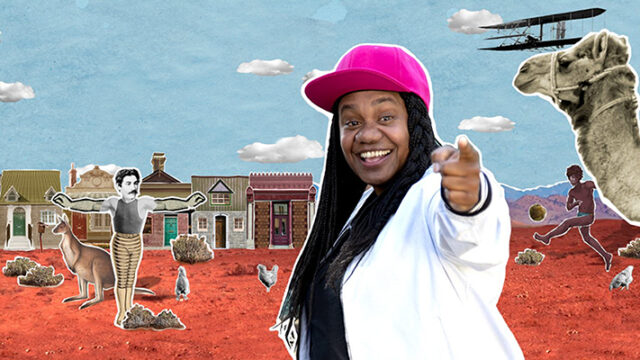 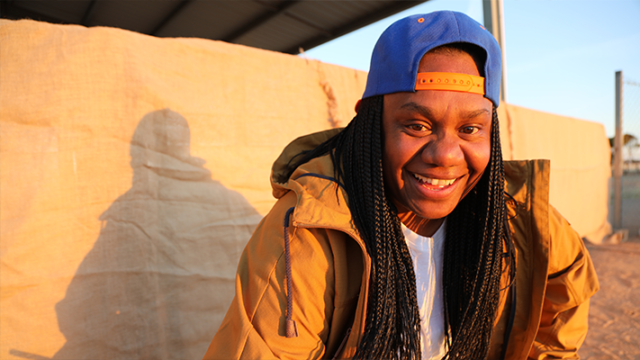 Gela Hosts “Are You Tougher” with Heart